After the passing of almost two years since I first met with Farhad Moshiri I was delighted to be invited to meet with him again in his London Office. The meeting was arranged at quite short notice, took place on July 3rd and lasted for just under two hours. Bill Kenwright also attended although it’s fair to say that, like last time, Bill didn’t say too much but rather facilitated the conversation and helped make sure it was a very good meeting.

The meeting took place in an informal atmosphere with both Farhad and Bill being open and candid about the challenges and opportunities facing our great Football Club. Farhad apologised for the length of time that had elapsed since we first met and reaffirmed his commitment to maintaining open dialogue with the minority shareholders and the Association in particular.

Additionally, he was open to meeting, probably in Liverpool, with the whole of the Association’s Executive Committee. As part of my follow-up with Farhad and Bill I will aim to get this meeting in their diaries as soon as possible and remain mindful of how difficult it can be to coordinate these matters.

As I’ve said before Farhad clearly has a wide and deep knowledge of football and is most definitely an enthusiast who enjoys discussing the game and sharing opinions.

He reaffirmed our Club’s commitment to the Director of Football model, that Marcel Brands was always our first choice as Director of Football and that Farhad was disappointed when he couldn’t join us a few years ago. Marcel is already working very closely and effectively with our new manager Marco Silva and their relationship is key to how we develop our squad going forward.

It’s also clear that not only does Bill have an excellent relationship with Farhad but he is still at the centre of things with Marcel, Marco and the Club seeking to exploit the huge network of contacts and relationships he has as we seek to improve the quality of our squad.

As far as the playing side is concerned we have a plan, players will come, and players will go, and our intention is to promote youth and reduce the overall age of the squad. Additionally, and it was very clear to me, that whilst we need to reduce our wage bill this essential work will not overtly limit our desire and ability to strengthen the squad.

With regards to the proposed new stadium at Bramley-Moore there is huge activity going on behind the scenes with Keith Harris, who is now a full-time Club employee, being responsible for delivering the stadium on time and to budget.

The budget for the new stadium is almost £500m and the finance, that is hoped to be in place during the 3rd quarter of this year, will be secured with the best interests of the Club in mind.

The planning preparations are going on in parallel and we can still expect the stadium to be ready for season 2022-23.

Based upon this meeting there is no doubt in my mind that the Club, and Farhad, remain committed to seeing the project through and alongside a good manager recognise that a bigger stadium is a prerequisite for on-field success.

On the hot topic of capacity Farhad implied during the meeting that the capacity of the new stadium would be in the range 52,000 – 55,000 which, as I’m sure you would agree, is far too low for the majority of Evertonians. That said the capacity has not yet been finalised and the Club continue to review a range of capacity options in the Dan Meis designs.

The final decision about the stadium, including the all-important capacity, will be informed by the fan consultation alongside the views of the Board and the Club’s professional advisers. The scale of our ambition should mean the new stadium capacity needs to be more than 60,000 with the ‘magic capacity’ of 61,878 being favoured not just by myself but by many Evertonians.

I hope that the Board and Farhad listen to the fans about capacity if only because our voice has been ever present for 140 years and one rather hopes it carries the most weight and is heard the loudest when the capacity decision is finally made. 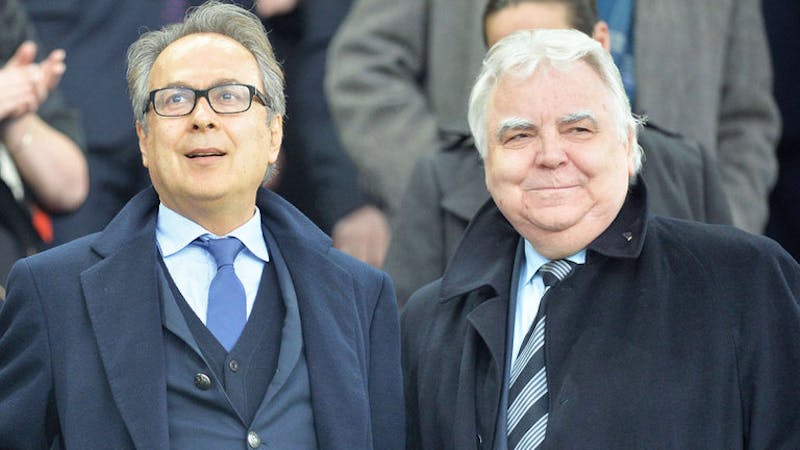