The Everton FC Shareholders’ Association alongside the Ruleteros Society and the Everton Heritage Society are delighted that in Harry Tyrer we have an exceptional winner for the 2020 Tony Heslop Award.

The Crosby-born goalkeeper has been with Everton since the age of seven.

An athletic, commanding goalkeeper, Harry established himself in Everton’s Under-18s side in 2018/19 before breaking into David Unsworth’s Under-23s team the following season.

He is a boyhood Evertonian and played 11 of the young Blues’ 18 Premier League 2 matches, delivering a series of fine performances before the campaign was halted due to the coronavirus pandemic.

The talented stopper was a regular in Everton first-team training squad by the end of the 2019/20 season and his impressive development was underlined when he penned a first professional contract with the Club in January 2020. 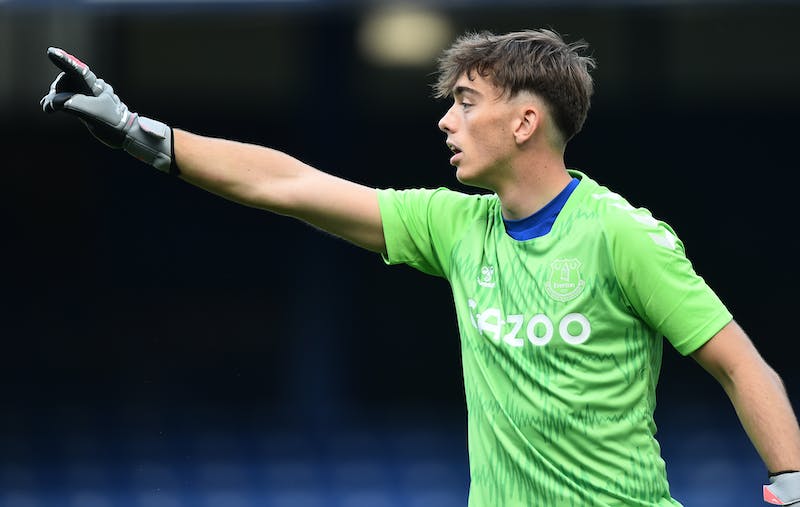